My Dad served in the Korean War.  This entitles him to lots of freebie’s this Friday November 11th (Veterans Day)  I know Bob Evans, IHop, Applebee’s, and Chili’s, to name a few, offer a free meal to the men and women we salute on Veteran’s Day.  Some establishments are handing out complimentary movie tickets.  Others offer no charge for the entrance fee into a museum or concert.  I have nothing in my line of business to offer these men and women but will make sure I let many people know how strong Patriotism is in this county.  No matter who is in the White House.

My father served on a battleship called the USS Sarsi .  On March 27, 1952 the Sarsi hit a floating mine which had drifted loose during a Typhoon and exploded causing the Sarsi to sink in (twenty minutes).

Four men were killed and the rest hid from the Korean’s, clinging to life rafts in freezing water until rescue ships plucked them out to safety the next day. 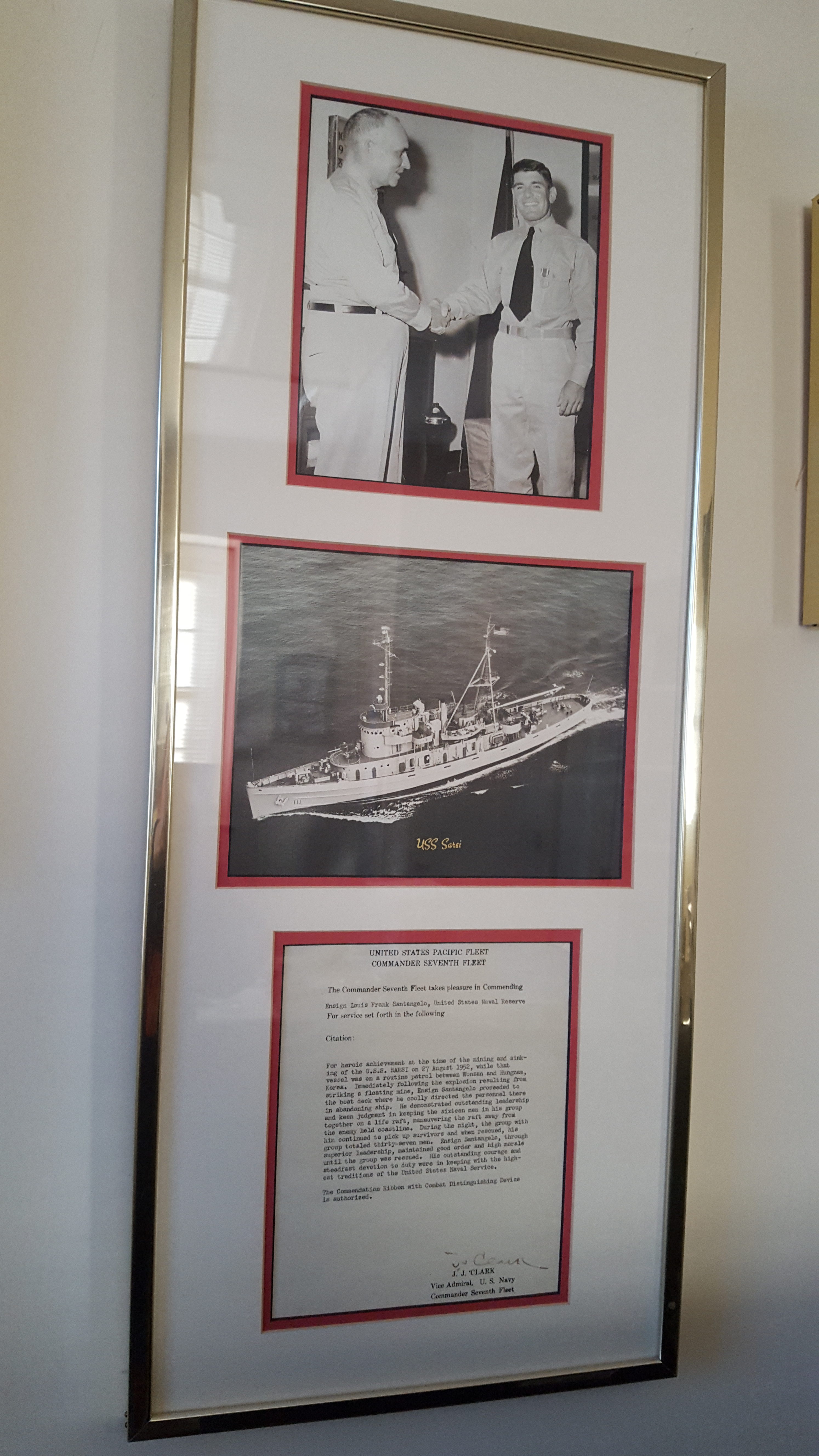 My father is now (at 88) one of the oldest living survivors of this event and occasionally has reunions with his fellow shipmates (standing proud in the center of picture below).  These men are a close group of old buddies whose number is dwindling each and every year, yet still they plan for the future, organizing reunions annually all over the country. 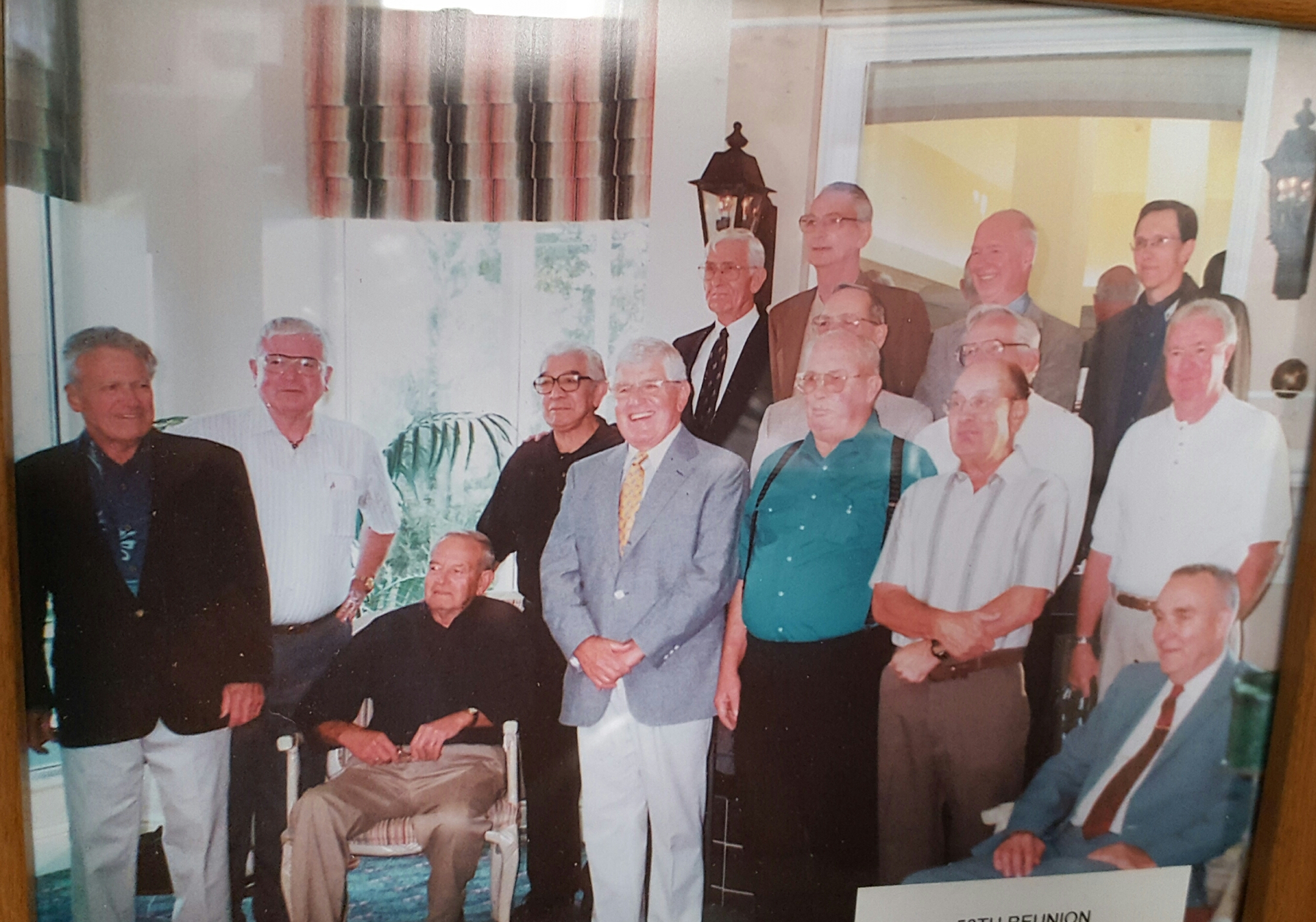 There are many, many men and women in our Country who deserve to be recognized and thanked this Veteran’s Day.  A free cup of coffee goes a long way in making someone feel special.  Just ask my Dad.  He will be doing the restaurant circuit this Friday (with me as his driver) filling his grateful belly at many of the establishments who want to thank him for his service.  And I will be there to shake the hands of every other vet in the room, introducing them to MY Dad, knowing each of them have a story to tell.  I am going to feel very Patriotic this week, and extremely thankful. 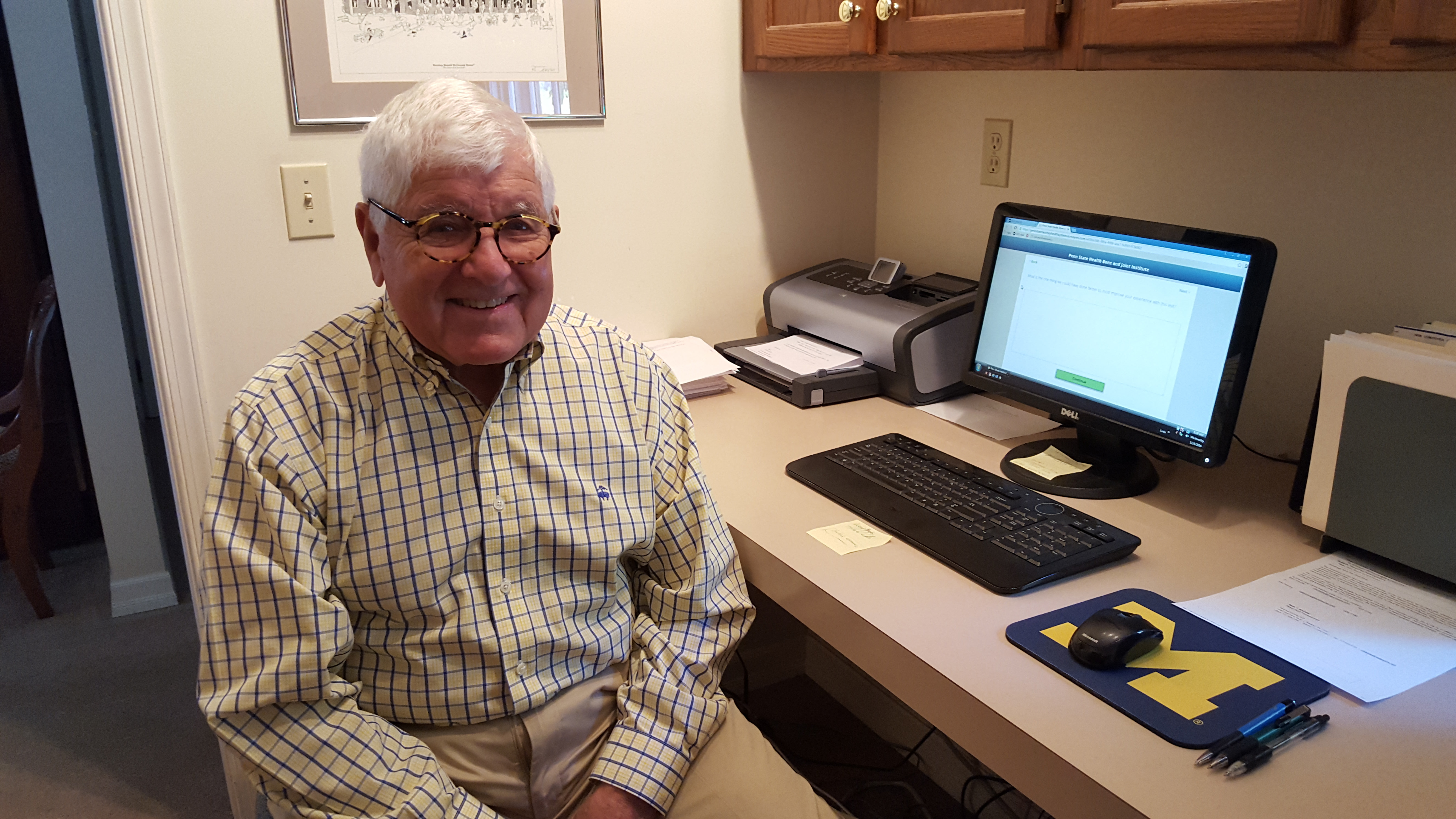