What a Difference a Year Makes!

Last night we celebrated our 3rd annual SGC staff children’s Christmas party.  Our tradition continued by starting off at a matinee (Moana was this years’ choice) followed by dinner and ending with each of them telling me how they “gave back” this season.  What a difference a year makes!

I’m not sure who looks forward to this night more – me or the kids.  After the movie we headed to a restaurant with a long table for dinner before each finally announced how they spent the $50 I had sent them about a month ago.  Their instructions were simple: give back to someone in need and then tell me about it at our party.

Our youngest in this magnificent collection of kids is 4, and for the first time he could sit in his movie seat without it continually folding up on his tiny body.  He once again chose Sour Skittles, popcorn AND Mountain Dew for his snack which I’m sure his Mom appreciated when trying to get him to fall asleep later that evening.  One of the boys wore cargo pants, much to my delight, telling me he could hold his “stash” to be eaten at a later time.  The eldest, at 13, never rolled her eyes once as she was included in this “kids” event despite being a teenager and two inches taller than I.

One by one they came up to sit with me to share their stories.  Some had pictures they had drawn of the gifts they gave.  Others had beautifully written essays telling me why they chose what they did, and how it made them feel to be able to do this.  Imagine what these kids have learned at their young ages as seen in excerpts (below) of their notes to me!

Chase wrote “It felt nice to buy things for that family because we helped them.”  He didn’t write about how fun it was to get $50,  He didn’t tell me why he chose what he bought.  He told me how it made him feel.  How precious is that?

Jillian and Jaxon visited the Helen O. Krause Animal Foundation and gave their money to help take care of the cats and dogs living in the shelter.  They didn’t tell me they liked playing while they were there.  They told me they wanted to help with the care of those animals they met.

Cooper (aka Mr Cargo Pants) knew of a classmate who is being treated for a brain tumor and decided his family needed help with the many expenses that go along with a long illness.  His older sister also donated to a friend undergoing cancer treatments.  While prayers and faith go a long way in healing these individuals, surely being helped by these young benevolent souls put a bright spot in their daily struggle.

Ellie chose to spend her $50 at Mt Lou San Bible Camp in Linglestown, PA.  This camp depends on donations to make it possible for many children to attend who could otherwise not afford it.

Trey told me he had so much fun shopping for clothing for a young boy because he (Trey) already had everything in mind he was going to buy.  He wrote “it felt so good because I used my 50 dollars to buy for someone who will be very grateful for what I bought him.  I know that the boy needs these things 100 times more than I need them”.

I have the collection of notes and drawings and essays from each of these kids in my special box I keep in my office.  Someday I will put together a “Giving Book”, of sorts, so my young friends can look back as I do on their precious drawings and thoughtful decisions each year.

As this year comes to a close I can easily speak for all of us at SGC when I say 2016 has been very, very good to us.  We look forward to a successful 2017 knowing we have loyal clients, outstanding consultants representing us in the field, and an office team like no other.  As for me, I am most grateful for the gift of our annual Christmas Kids event where I see what a difference these kids are making and will continue to make in their future.  It just doesn’t get any better than that to know we’ve been successful. 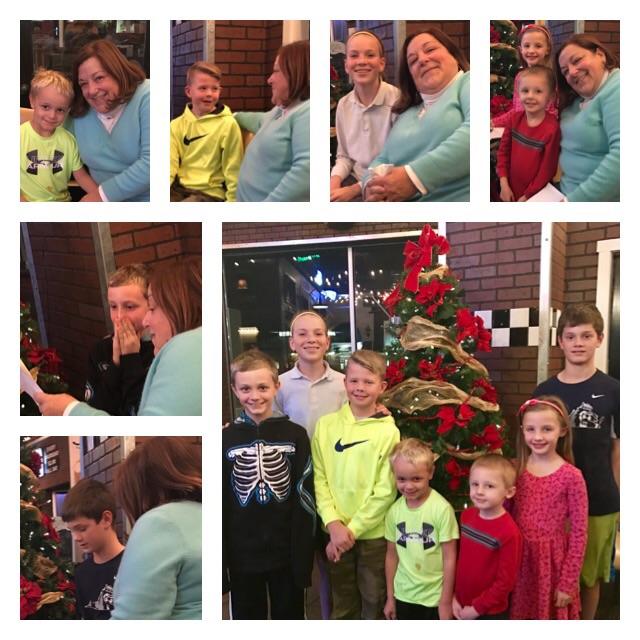