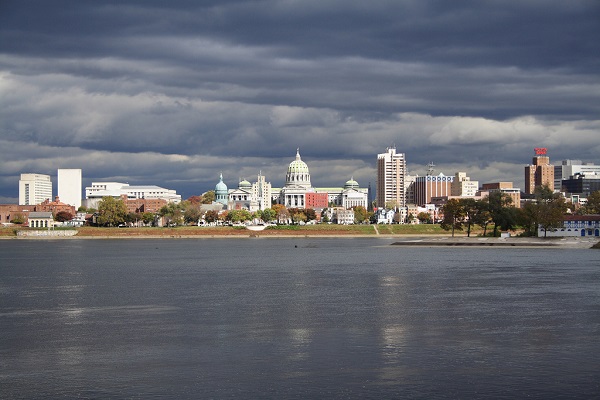 Harrisburg is the capital of Pennsylvania and the 10th largest city in the state. Like so many large metropolitan areas, the city has gone through some economic, leadership and educational ups and downs over recent years, but the downtown has been revitalized and the school system is working to stabilize.

Here’s an in-depth look at Harrisburg, PA, for those considering relocating there.

School district ranking: Harrisburg School District scored a 2 on a scale of 10 by Great Schools

Click here for information about private schools in Harrisburg

Crime rate: Homefacts rates Harrisburg as one of the least-safe towns in PA

Major local businesses: Harrisburg’s downtown is home to a slew of business, large and small. The region’s top employer is the state government, with the federal government and military ranking second. Pinnacle Health makes the top 10, and the area is bustling with businesses focused on technology and biotechnology.

Downtown Harrisburg has become more vibrant since 2001, with a number of restaurants and night clubs now thriving. A few of our favorites: The Millworks and Cork and Fork.

You can find an extensive list of Harrisburg businesses here.

Arts and culture: Harrisburg has a rich arts scene, with regular performances at the Harrisburg Midtown Arts Center, Open Stage of Harrisburg and Sunoco Performance Theater.

Museums include the Susquehanna Arts Museum, Whitaker Center for Arts and Sciences and the State Museum of Pennsylvania. The city hosts many annual festivals, including the Harrisburg Wine Festival and Kipona.

Sports and outdoors: City Island is a favorite local hangout for kayaking, watching the Harrisburg Senators minor league baseball team or City Islanders semi-pro soccer team, or playing mini golf. The island hosts a number of races each year, too, from 5Ks to the Harrisburg Marathon.

Fun fact: Harrisburg’s Rockville Bridge, which has 48 arches, is the longest stone masonry arch railroad bridge in the world.