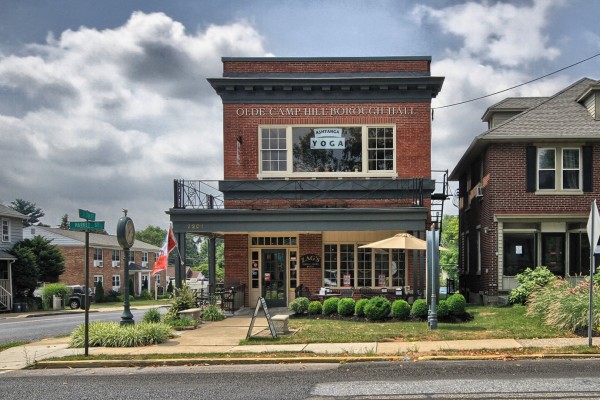 The quaint, close-knit boro of Camp Hill has a reputation for great schools and is home to a number of small businesses. It’s walkable and located close enough to several major highways to make commuting a breeze.

Here’s an in-depth look at Camp Hill, PA, for those considering relocating there.


School district ranking: Derry Township scored an 8 on a scale of 10 by Great Schools

Click here for information about private schools in Camp Hill

Crime rate: Homefacts rates Camp Hill as one of the safest towns in PA

Big local industries also include health care. Orthopedic Institute of Pennsylvania is headquartered in Camp Hill, along with oral surgeons Wood & Myers (they have an elegant facility with a waiting room that looks more like a hotel’s!). Penn State Hershey Medical Group has a location in Camp Hill, too.

You can find an extensive list of Camp Hill businesses here.

Arts and culture: The Grace Milliman Pollock Performing Arts Center opened in 2011. It’s attached to Eisenhower Elementary, and it includes a 500-seat theater that is used for the entire school district for plays, learning and gaining a greater appreciation for the arts.

The annual Camp Hill Plein Air Arts Festival is a fun way to gain exposure to local artists each May.

Sports and outdoors: Camp Hill High School has a number of strong sports teams that compete throughout the fall, winter and spring – you can catch games at Siebert Park and Fiala Field. Yoga studios line Market Street, and the boro is home to several 5K races throughout the year.

Fun fact: Camp Hill was the northernmost point of engagement during the Battle of Gettysburg in the Civil War.